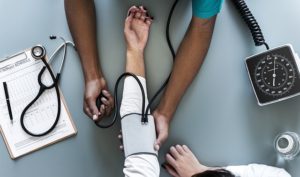 Diagnosis is not the end, but the beginning of practice. Martin H. Fischer

Hepatocyte necrosis in acute hepatitis, toxic injury or ischemic injury results in the leakage of enzymes into the circulation. However, in chronic liver diseases such as hepatitis C and cirrhosis, the serum ALT level correlates only moderately well with liver inflammation. In hepatitis C, liver cell death occurs by apoptosis (programmed cell death) as well as by necrosis. Hepatocytes dying by apoptosis presumably synthesize less AST and ALT as they wither away. This probably explains why at least one third of patients infected with hepatitis C virus have persistently normal serum ALT levels despite the presence of inflammation on liver biopsy.

Slight  AST or ALT elevations (within 1.5 times the upper limits of normal) do not necessarily indicate liver disease. Part of this ambiguity has to do with the fact that unlike the values in many other biochemical tests, serum AST and ALT levels do not follow a normal bell-shaped distribution in the population.  Instead, AST and ALT values have a skewed distribution characterized by a long “tail” at the high end of the scale.

AST and ALT values are higher in obese patients, probably because these persons commonly have fatty livers.  ALT levels have been noted to decline with weight loss.   Rare individuals have chronically elevated AST levels because of a defect in clearance of the enzyme from the circulation.   Mild elevations of ALT or AST in asymptomatic patients can be evaluated efficiently by considering alcohol abuse, hepatitis B, hepatitis C and several other possible diagnoses.

Start your cleanse before a Doctor Diagnose a disease.