You never see a march about Hepatitis C however,

Hepatitis C is a disease of the liver caused by the hepatitis C virus. Hepatitis C is one of the most common (but not the only) diseases that can be contracted through a blood transfusion in the United States.

“Hepatitis C already infects three times more people than does AIDS. It is responsible for more than one- third of all liver transplants. And by the turn of the century, it will kill far more people than AIDS each year.” 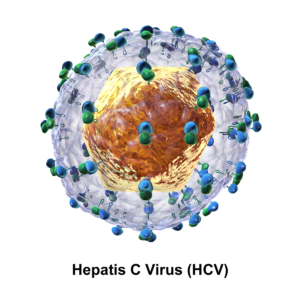 Who gets hepatitis C?

All people can get hepatitis C, but:

intravenous / injectable drug users
people who received blood transfusions or organ transplants before 1992
dialysis patients
infants whose mothers are infected
They are the groups with the highest risk to become infected. 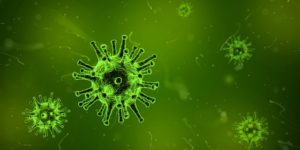 How is the virus spread?

Hepatitis C virus is spread through contact with contaminated blood or plasma. Contaminated needles and syringes are a common source among those who inject drugs. The role of sexual activity in the transmission of this disease is not very clear. Hepatitis C is not transmitted through casual contact that is typical in a school or office, or through food handling. Neither is it transmitted by air; for example, through the cough or sneeze of an infected person. You can not get the virus by drinking from a glass used by a person infected with hepatitis C.

What are the symptoms?

Symptoms develop slowly and may include:

loss of appetite
stomach pain
nausea
threw up
Jaundice (yellowing of the skin and / or the whites of the eyes) often does not occur with this virus.
Although at first the infection could be asymptomatic or very mild, a large percentage of infected people will develop a chronic infection. This infection could last for many years without producing symptoms, before cirrhosis (liver disease) or liver cancer appear.

How quickly do the symptoms appear?

Symptoms can appear within 6 to 9 weeks after the person is exposed. However, they can occur as early as 2 weeks and as late as 6 months later.

How long can an infected person transmit the virus?

Infected people can transmit the virus indefinitely even if they have no symptoms.

How is hepatitis C diagnosed?

There are several blood tests that can determine if a person is infected with the hepatitis C virus. Usually a second test is necessary to confirm the diagnosis. The tests can not determine whether the infection is new (acute) or chronic.

How accurate is the analysis used by the blood donation centers?

The analysis used by the blood donation centers is only a screening test to eliminate the hepatitis C virus from the national blood and plasma bank.

People who have a positive test for hepatitis C virus antibodies should see a doctor to be tested again using another type of test.

How can hepatitis C be prevented?

Do not share or reuse syringes, tattoo needles or acupuncture needles.
Personal utensils such as toothbrushes and razors should not be shared.
People who have multiple sexual partners should use condoms every time they have sex.