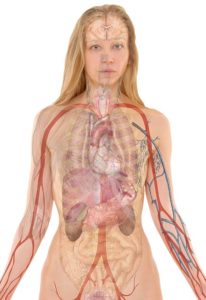 Alpha lipoic acid, also known as thioctic acid, is a disulfide compound that is a co-factor in vital energy-producing reactions in the body. ALA was discovered in 1951, and was first recognized for its effect on liver growth. In the late 1980’s it was recognized for its powerful anti-oxidant activity. Because ALA is a regenerator of vitamins E and C, is soluble in the aqueous and fatty phases of cells, and has been reported to raise glutathione levels. it has often been referred to as the “universal” anti-oxidant.
The damage that occurs in many liver diseases is often linked to the production of free radicals. The membranes that surround cells and organelles are composed of long chain fatty acids (lipids), that are subject to the process of lipid peroxidation. Free radicals play a major role in cell membrane damage, cause proteins and DNA to cross-link, and interfere with ribosomal protein production.
The primary role of antioxidants is to act as scavengers of free radical molecules, inactivating various reactive oxygen species. When too many free radicals are produced for the body’s normal defenses to convert, “oxidative stress” occurs with a cumulative result of reduced cellular function, and ultimately, disease.
Primary among the many biological actions of alpha lipoic acid are:
the chelation of heavy metals.
the quenching of various free radical species.
the recycling of vitamins E, vitamin C and glutathione.
Making it a uniquely important compound in counteracting oxidative stress associated with various liver conditions.

The therapeutic efficacy of silymarin is based on several separate mechanisms of action. Silymarin alters the outer liver membrane cell structure in such a way that certain toxins, as demonstrated with the toxins of the Deathcap mushroom, cannot enter the cell. Silymarin also stimulates RNA polymerase A (also known as polymerase I), enhancing ribosome protein synthesis, resulting in activating the regenerative capacity of the liver through cell development. Silymarin has been shown to possess potent anti-cancer effects, and has been used clinically to treat toxic hepatitis, fatty liver, cirrhosis, ischemic injury, radiation toxicity, and viral hepatitis. Silymarin also works as an antioxidant by scavenging free radicals and inhibiting lipid peroxidation.
Numerous well-designed clinical trials have been conducted in Europe, primarily Germany, on the therapeutic efficacy of silymarin in the treatment of metabolic liver damage, chronic hepatitis, and bile duct inflammation, often induced by alcohol, drugs (psycopharmaceuticals), and chronic liver disease including certain forms of hepatitis. The hepatoprotective effects of silymarin have been demonstrated in accelerating normalization of impaired liver function.

Selenium is a powerful antioxidant molecule, and has the added benefit of increasing the activity of glutathione peroxidase. Selenium is a cofactor of glutathione which contains four atoms of selenium per molecule. For people with retroviruses (such as HIV and hepatitis C), selenium may play an unexpected role in addition to the above effects.
Retroviruses contain a selenium dependent enzyme that monitors the selenium status of the host, and when selenium levels fall, these viruses begin replicating at an increased rate.
There is a great deal of evidence indicating that selenium supplementation at high levels reduces the incidence of cancer in animals. More than two-thirds of over 100 published studies in 20 different animal models of spontaneous, viral, and chemically induced cancers found that selenium supplementation significantly reduced tumor incidence. 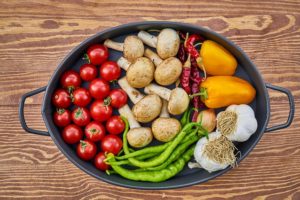 Every were you can read how “eating healthy will help you stay strong”. However, everybody knows we don’t have the time and resources to produce perfect food, and exercise as much as we need. That is why adding supplements to our daily routine will not just balance but will increase our overall health.
Using Thiogel-L  can compensate years of improper liver care. Try it now    Click here